Does Creatine Cause Hair Loss? 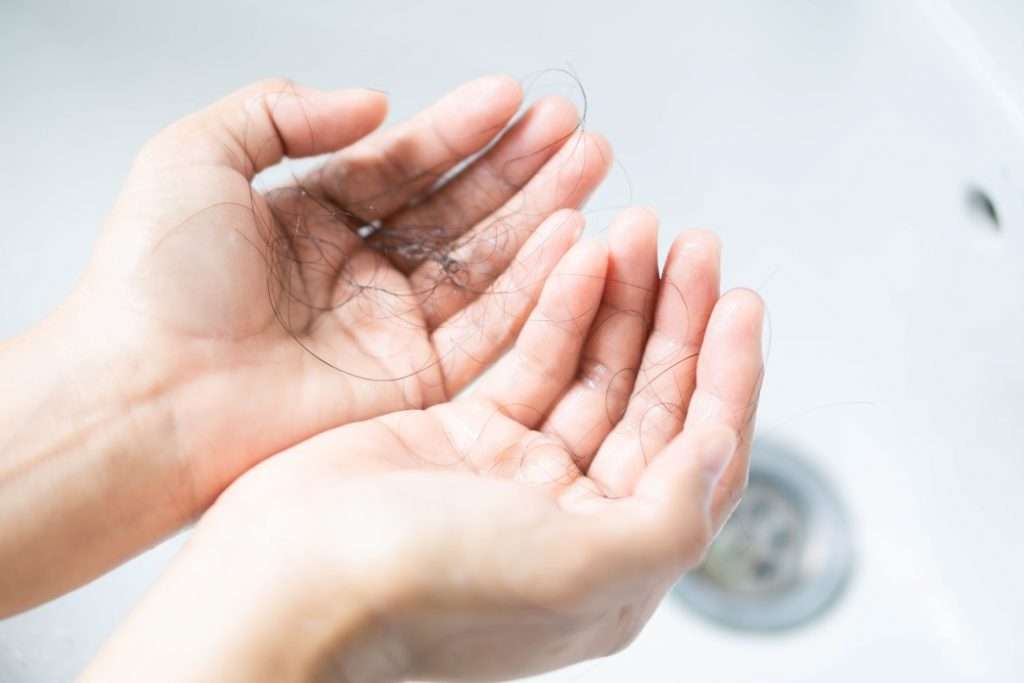 There is a lot of confusion surrounding the topic of creatine supplementation and hair loss.

Some people say that creatine supplements cause hair loss, while others claim that it has no effect whatsoever.

So, what is the truth about creatine and hair loss?

Does creatine cause hair loss or adverse effects?

In this blog post, we will take a look at the scientific evidence surrounding creatine supplements and find out what the hair loss experts have to say.

Creatine monohydrate is an amino acid compound that is found naturally in the body’s muscle cells and brain.

It is also found in foods such as seafood and red meat.

Creatine is often sold as a dietary supplement and used by athletes and bodybuilders to increase muscle mass.

Possible Side Effects of Creatine

Creatine supplements are generally considered safe, but they can cause some side effects.

These creatine side effects include:

Does Creatine Cause Baldness?

Now that we know what creatine supplementation is and what some of its potential side effects are, let’s take a look at the evidence to see if creatine causes male pattern baldness.

Unfortunately, there is no definitive answer to this question.

There is some anecdotal evidence that suggests that creatine may damage hair follicles or cause baldness in some people.

However, there is no scientific evidence to support this claim.

In fact, one study found that creatine actually increased hair growth in rats!

So, the jury is still out on whether or not creatine causes baldness or prevents hair growth.

If you are concerned about the possibility of hair loss, you may want to seek professional medical advice before taking creatine.

Is Creatine Linked With Hair Loss?

There is no scientific evidence to suggest that creatine is linked with hair loss or the hair growth phase.

This is most likely due to other factors, such as genetics or vitamin deficiencies.

If you have experienced hair loss, speak to your doctor or a dermatologist for the facts about creatine and hair loss.

The Relationship Between Creatine And DHT

Dihydrotestosterone (DHT) is a hormone that is linked to hair loss.

Some people believe blame creatine for increasing DHT levels in the body, which could lead to hair fall out.

However, there is no scientific literature to support the claim that creatine increases DHT.

So, does creatine cause hair loss?

It is unlikely that creatine levels cause hair loss by increasing DHT levels.

If you experience hair loss after taking creatine, it is most likely due to other factors and not caused by creatine supplementation.

Female and male pattern baldness or hair loss is typically only reversible through surgical intervention.

If your hair loss is due to a vitamin deficiency, you may be able to reverse it by supplementing with vitamins.

We recommend speaking to your doctor or a dermatologist if you are interested in strategies for reversing hair loss.

How Can I Stop My Hair Loss?

There is no surefire way to stop hair loss.

However, there are some things you can do to slow down the process or prevent it from getting worse.

These methods to fight hair loss include:

To learn more about the disease of hair loss and how to stop balding, we suggest listening to John Goss’s informative Mindvalley podcast.

So, what is creatine?

Creatine is a naturally occurring compound in the body that helps to supply energy to cells throughout the body.

Creatine supplements are especially important for athletes and people who engage in high-intensity activities, as it helps to improve muscle mass, performance, and endurance.

While creatine supplementation has some potential side effects, such as water retention, creatine hair loss is not typically one of them.

In fact, there is no scientific evidence that supports a link between creatine and hair loss.

If you are experiencing hair loss after taking creatine supplements, it’s most likely not due to the supplement itself and may be caused by other factors.

If you’re struggling with hair loss, we recommend speaking with your dermatologist and listening to John Goss’s educational podcast.