IBS In Seniors: Can You Get IBS When You Are Older? 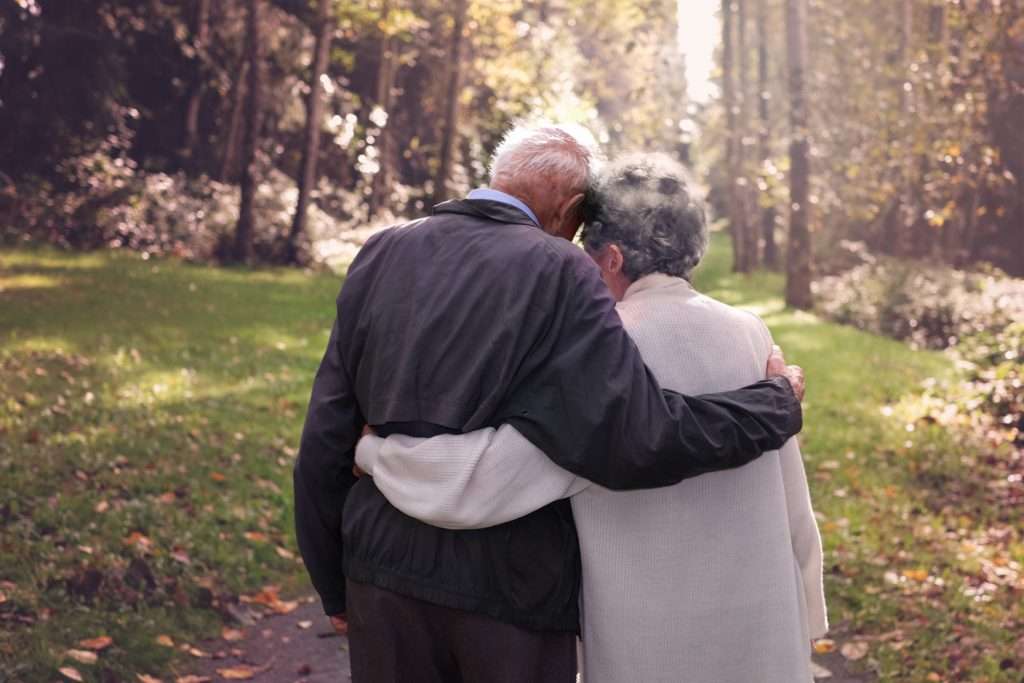 Senior citizens are one of the most at-risk populations for developing irritable bowel syndrome.

While there’s no surefire way to prevent IBS, there are certain steps you can take to reduce your risk.

In this blog post, we’ll explore what IBS is, how it develops in seniors, and what you can do to manage your symptoms if you are living with IBS.

Irritable bowel syndrome is a common condition affecting the intestines.

The primary symptom of IBS is abdominal pain or discomfort.

Other symptoms include cramping, bloating, gas, diarrhea, and constipation.

Symptoms typically present in people between 20-30 years old and increase with age.

However, IBS in the elderly is extremely common due to a variety of factors.

While there are no treatments that cure IBS, it can be managed using several things.

These include over-the-counter medications, dietary changes, stress management techniques, and treatment for any other medical conditions you might have.

How Does IBS Develop In Seniors?

Doctors are finding it is increasingly common for older adults to develop IBS.

According to the National Health Interview Survey, 5.76 percent of adults aged 60-plus said they’d experienced irritable bowel syndrome in the previous 12 months.

Some studies have suggested that seniors are more susceptible to developing IBS because they eat a less varied diet and have a higher risk for malnutrition and dehydration, which can exacerbate their symptoms.

In addition, almost half of seniors have at least one chronic condition, which is a major risk factor for IBS.

According to the Centers for Disease Control and Prevention (CDC), as many as 70 percent of people age 65 and older have at least two chronic conditions that can increase their chance of developing irritable bowel.

There are several issues that can arise in the elderly that might contribute to IBS symptoms including family history.

If you’re age 65 or older, your risk for developing IBS is high, especially if you have a chronic condition.

Patients with irritable bowel syndrome often find that their symptoms are worse in the morning and during times of stress.

These symptoms may be more severe if you have an underlying health condition, which can include heart disease, osteoporosis, arthritis, or Alzheimer’s disease.

Identifying IBS in older demographics is difficult because it shares many common symptoms with other diseases seen in elderly Americans.

What Causes IBS In The Elderly?

A variety of factors cause IBS in seniors.

In some cases, IBS may be caused by a lack of physical activity.

A study published in the Journal of Advanced Nursing found that adults who were more active experienced fewer symptoms of IBS than those who were inactive.

In other cases, food allergies or sensitivities trigger IBS symptoms.

These cause inflammation and increased intestinal permeability, leading to IBS symptoms.

Some studies have shown that as many as 33 percent of people with IBS also have lactose intolerance.

Other causes include hormonal fluctuations (like during pregnancy), drugs like nonsteroidal anti-inflammatory medications, infections (such as SIBO), and stress .

While the exact cause of IBS is unknown, doctors believe that serotonin and other neurotransmitter imbalances could be responsible for the symptoms.

Some of the causes of IBS may include:

How Is IBS Treated In Elderly?

To treat IBS flare ups in the elderly, doctors may prescribe medications that block serotonin production in the brain, which can decrease IBS symptoms.

If you are an older adult suffering from IBS, it is important to not only treat the discomfort of IBS but also any other conditions you have.

Finding a doctor who specializes in treating seniors with IBS is key to preventing complications and getting your life back on track.

What can seniors do to manage irritable bowel syndrome?

Consult with a doctor who specializes in GI issues and who can properly diagnose and treat your condition.

The National Institute of Diabetes and Digestive and Kidney Diseases (NIDDK) states that there’s no one blood test or other medical test that definitively diagnoses.

You should also minimize caffeine intake since it can worsen symptoms such as diarrhea.

Be careful not to push yourself too hard when exercising, which might exacerbate pain or cramping associated with IBS. And speaking

While seniors might think of IBS as being inevitable at a younger age, the reality of this fact is quite different.

While nerve sensitivity increases with age, there are methods for reducing risk and preventing IBS symptoms.

Some of those methods include the following:

Your loved one can identify what ingredients cause your problems.

Often caregivers will not monitor their loved ones diet to ensure they eat healthy.

Recovering from a stroke or managing an acute disease like Alzheimers or a variety of other medical issues can affect seniors’ quality of life.

Seniors who suffer with IBS should consult an IBS specialist for help with stress reduction.

Often therapists recommend techniques and practices such as mindfulness, meditations, and art therapy.

Most people with Alzheimer’s disease or their family members are ill and may not have the necessary care in their home.

Seniors who wish to try probiotics can be aware of the effects of taking the supplement on their digestive systems.

If you’re looking for a high-quality probiotic, we recommend IBPro from GOL Nutrition since it has dozens of 5-star ratings from men and women of all demographics.

Does Irritable Bowel Syndrome Get Worse With Age?

As we age, seniors experience a decline in immune function and an increasing rate of bowel cancer in some individuals.

Fortunately, there’s nothing to worry about in most cases of IBS since it does not increase with age.

In fact, IBS for seniors might be felt less frequently than symptoms for younger adults.

The elderly population has a higher incidence of irritable bowel syndrome than the general population, and this is because as we age our gut microbiota changes.

A healthy balance of bacteria in your intestines can help you manage IBS symptoms such as constipation, diarrhea, cramping and bloating.

You may also want to consider reducing stress with activities like meditation or yoga that have been shown to improve moods and reduce inflammation levels throughout the body.

It’s important for seniors who suffer from IBS not only to identify trigger foods but also try different strategies before deciding on any one treatment.

It might take some time experimenting with different management techniques until you find what works best for you!