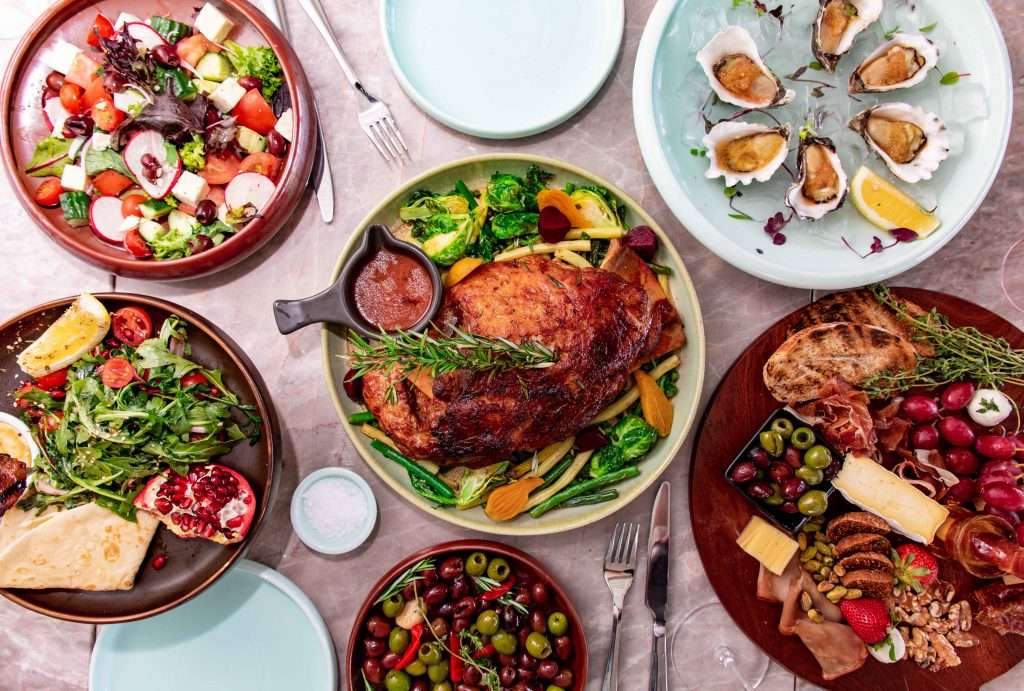 IBS can be triggered by many things, including stress, certain foods, drinks, and other factors.

What are the worst foods for IBS?

This article highlights some of the most common trigger foods that contribute to IBS flare-ups.

Although there are some well-known IBS trigger foods, every person with irritable bowel syndrome can experience different reactions to the same food.

If you’re unsure about your IBS food triggers, we recommend starting a daily food journal.

Track everything you eat and drink, as well as how you’re feeling before and after eating.

This can help identify any patterns or specific foods that might be causing your IBS symptoms.

What Are The Worst Foods For IBS?

These foods can cause inflammation in the gut, leading to IBS symptoms.

If you know that these foods trigger your IBS attacks, it’s best to avoid them.

What Not To Eat When IBS Flares Up?

A daily food journal helps you keep track of what you are eating and how it might be affecting your irritable bowel syndrome symptoms.

You can lead a symptom-free lifestyle by avoiding specific trigger foods that cause or worsen your irritable bowel syndrome.

Certain drinks can irritate the gut wall when consumed regularly, such as caffeinated drinks and alcoholic beverages.

Whenever possible, it is best to avoid alcohol and caffeine altogether.

Soda and fruit juice can also make symptoms worse for some people with IBS.

Try limiting or eliminating these from your diet if they irritate your intestines and trigger an irritable bowel attack.

How Do I Calm Down IBS?

To calm your irritable bowel syndrome symptoms, try taking a hot bath or shower. Usually, this can provide at least a bit of instant relief.

Staying hydrated is another great tool for calming symptoms of IBS.

If you’re in the middle of a flare-up, peppermint and chamomile tea are known to provide relief.

Some irritable bowel syndrome flare-ups can be brought on by stress or anxiety.

If you feel like your irritable bowel symptoms are linked to stress, try practicing yoga, meditation, or even journaling as a way of coping with the emotional issues that might affect IBS.

What Can I Eat That Won’t Trigger IBS?

There are many irritable bowel syndrome-friendly foods to eat.

These include leafy greens, bananas, brown rice, and watermelon.

When you’re grocery shopping, try to stick to the store’s outer aisles and avoid processed foods.

These are often high in artificial ingredients and additives, which can irritate your intestines.

Instead, focus on buying whole, unprocessed foods that are low in sugar and calories.

If you’re having an irritable bowel syndrome flare-up, soothing foods can be helpful.

These include probiotic yogurt, bananas with peanut butter, and applesauce with cinnamon.

If the pain is unbearable or if it’s an emergency, your doctor might recommend taking over-the-counter medicine for IBS to reduce bloating and stomach cramping until the symptoms subside.

If you’re living with irritable bowel syndrome, there are some simple steps you can take to help prevent a flare-up.

There are many IBS trigger foods, but the common denominator is that they cause gas or bloating, making your symptoms worse.

It’s important to avoid fatty meats, fried food, dairy products, and alcohol because these either slow down digestion or aggravate it altogether.

It may also help to try eating smaller meals more often throughout the day so that everything moves smoothly.

Finally, if all else fails, remember what foods calm IBS, bananas, eggs, and yogurt!