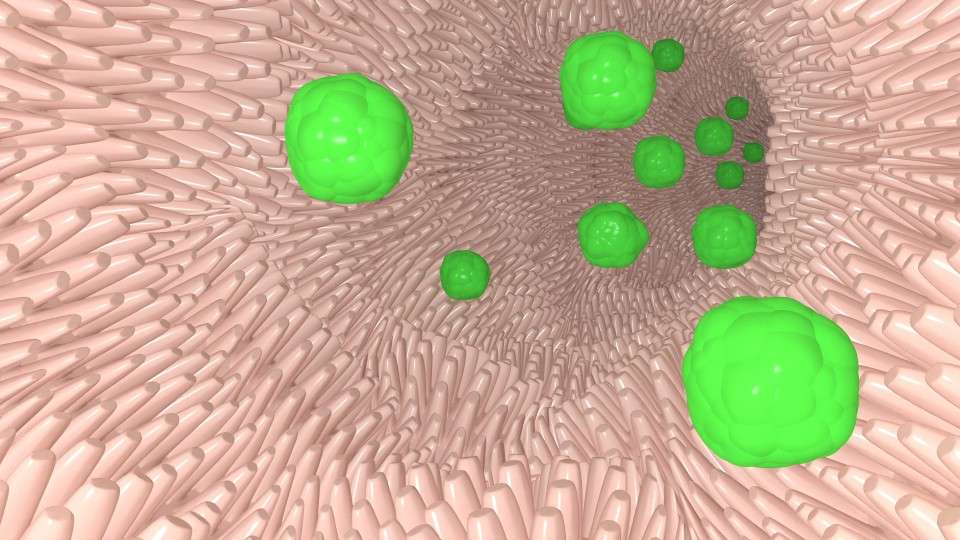 IBS is a condition that millions of people suffer from.

There are many different treatments available, but one treatment that hasn’t been studied as much is using lactobacillus probiotics.

In this blog post, we’ll explore the research on lactobacillus for IBS. We’ll also discuss which lactobacillus may be best for treating irritable bowel syndrome symptoms and inconsistent bowel movements.

Recent studies have suggested that probiotics may be useful in the treatment of IBS.

One study looked at 30 women with IBS and found that those treated with probiotics experienced less abdominal pain, bloating, flatulence (gas), diarrhea, and constipation than the placebo group.

Another study gave probiotics to 39 kids with IBS-Diarrhea. This study found that IBS patients saw a reduction in symptoms of IBS symptoms along with improvement in emotional-behavioral issues.

In addition to these studies, several other randomized controlled trials have shown a benefit of using a specific probiotic strain called Lactobacillus plantarum.

We’ll talk more about this specific probiotic strain later on.

Before we look at which lactobacillus is best for IBS, it’s important to know what causes irritable bowel syndrome.

A recent review on irritable bowel syndrome proposed 3 mechanisms that are thought to play a role in the onset of specific IBS symptoms.

These are gut dysmotility, visceral hypersensitivity, and psychosocial factors .

Gut dysmotility is when contractions in your intestines become abnormal causing gastrointestinal disorders.

Visceral hypersensitivity means that your intestines are more sensitive than normal.

And psychosocial factors refer to various emotional issues that have been found to be associated with the development of IBS. These include depression, anxiety, childhood trauma, etc.

Besides these three main mechanisms, there are also other factors that have been found to be associated with IBS symptoms. These include food allergies, gut infections, and neurological disorders.

Is Lactobacillus good for gut health?

One of the main purposes that Lactobacillus play in our digestive system is to regulate the microbial balance by inhibiting the growth of harmful gut bacteria.

This means they are good for gut health and could potentially be a treatment for IBS.

There are many different species of lactobacillus that can be found in your digestive system.

However, it’s important for us to know which specific probiotic species works best for treating irritable bowel syndrome symptoms.

Who Should Consider Lactobacillus?

There are many strains of Lactobacillus, so it’s important to know which have shown the most benefit for IBS patients.

One specific lactobacillus known as Lactobacillus plantarum has been shown to reduce IBS symptoms in several studies.

In addition, there have been multiple other randomized controlled trials that have suggested probiotics containing this strain may help with a significant reduction in constipation, diarrhea, abdominal pain, gas, and bloating.

When it comes to using this strain, it seems most helpful in those who have constipation-predominant irritable bowel syndrome.

Lactobacillus is very safe and doesn’t seem to cause digestive problems for people.

However, some people should avoid taking lactobacillus.

These include pregnant women, diabetics on insulin or oral medications, children under 2 years old , or anyone currently taking immunosuppressants or antifungal drugs.

Which Lactobacillus is best for IBS symptoms?

There are many different species of lactobacillus such as: acidophilus, rhamnosus, casei, and plantarum.

One specific species of lactobacillus that has been shown to be beneficial in treating IBS symptoms is called Lactobacillus plantarum.

Several clinical trials have shown that this probiotic strain can decrease abdominal pain and improve other symptoms in those with IBS.

Here’s our ranking of the best Lactobacillus probiotics for irritable bowel syndrome patients:

Lactobacillus Plantarum can reduce IBS symptoms, including abdominal pain and other common discomforts associated with the disorder.

Another benefit of L. plantarum is its ability to reduce the side effects associated with taking antibiotics.

Some antibiotics can cause digestive upset like gas and bloating.

But, when patients took Lactobacillus plantarum while on antibiotics they didn’t experience these side effects.

Another double-blind placebo controlled study found that this probiotic also improved symptoms of antibiotic-associated diarrhea in children by 23%.

Lactobacillus Plantarum has also been shown to improve symptoms in those with food allergies.

Subjects with food allergies had increased gut permeability which is linked to IBS symptoms.

Two other double-blind placebo controlled clinical trials have shown that this probiotic can improve leaky gut and bowel movements in those with Crohn’s disease and ulcerative colitis .

There’s also some evidence that it may help prevent food poisoning.

That’s because taking this strain before eating contaminated food reduced the severity of stomach pain due to bacterial overgrowth of E coli bacteria.

One clinical trial found that Lactobacillus plantarum was more helpful than antibiotics for preventing traveler’s diarrhea.

One double-blind placebo controlled study found that those with IBS symptoms had a significant reduction of abdominal pain and bloating.

Some experts believe L. Rhamnosus might also be effective against many other types of abdominal pain as well.

Lactobacillus rhamnosus is helpful for those with food allergies. It also may reduce IBS symptoms in those with lactose intolerance as well.

Through clinical trials, it’s also been shown to help prevent several types of cancer including: colorectal, breast, and cervical cancer.

Lactobacillus rhamnosus can help reduce inflammation and increase the production of several types of immune cells that can help fight cancer.

Another study found that this strain decreased the risk of breast cancer by up to 80% in rats.

Lactobacillus acidophilus is a probiotic strain that has been used for many years.

This is one of the most common probiotic strains found in supplements. It’s shown to reduce antibiotic associated diarrhea (AAD) and improving constipation.

One study found L. acidophilus reduced bloating by 25% and another showed decreased abdominal pain by 54%.

This strain is also often used for vaginal infections and urinary tract infections. It can help prevent these infectious diseases as well.

There are several studies showing probiotics have various benefits related to reducing inflammation throughout the body.

More research is needed to find out if health benefits hold true with Lactobacillus acidophilus supplementation as well.

One treatment group found that taking this strain improved abdominal pain in those with irritable bowel syndrome. Another showed an improvement in the quality of life in elderly adults.

It’s possible some of these benefits might be related to its ability to lower inflammation throughout the body .

Another way Lactobacillus reuteri can reduce intestinal inflammation is by preventing harmful bacteria from sticking to the gut wall.

This allows good gut bacteria to have more space on the gut wall so they can better fight off infection.

This probiotic strain has also been shown to decrease diarrhea associated with infections, as well as antibiotic-associated colitis.

Some people take L. reuteri for allergies and eczema because it can help reduce inflammation related to those conditions.

We believe the most effective probiotic for irritable bowel syndrome is Lactobacillus plantarum.

What is the best probiotic for IBS?

Lactobacillus plantarum and Bifidobacterium are among the best probiotic strains to take for irritable bowel syndrome.

If you’ve taken probiotics and still haven’t found relief for your IBS, we recommend trying a new one.

Our favorite probiotic supplement for IBS is IBPro from GOL Nutrition.

It has healthy amounts of both Lactobacillus plantarum and Bifidobacterium probiotic strains.

IBPro has also been shown to improve bowel movements and reduce severe IBS symptoms for hundreds of customers.

This probiotic supplement has also been shown to severely reduce abdominal pain and discomfort.

IBPro has dozens of 5-star reviews. Plus, the team at GOL Nutrition offers a 180-day money back guarantee so that you can try it out risk-free.

They’ve also been kind enough to give our readers 20% off all orders of IBPro by using code HEALTHAPES20 at checkout.

You can claim this discount at their official site by clicking here.

So, which lactobacillus probiotic strains are best for IBS?

Some probiotics are more effective than others at relieving symptoms, reducing abdominal pain, and restoring gut health in those with irritable bowel syndrome.

Lactobacillus plantarum, rhamnosus, acidophilus, and reuteri are all helpful strains of bacteria that can be found in probiotic supplements.

We highly recommend making sure that whichever route you take, use Lactobacillus plantarum and Bifidobacterium in your supplementation.

Talk to your doctor about which probiotic is right for you if you’re looking to try supplementing with Lactobacilli to improve your IBS symptoms.