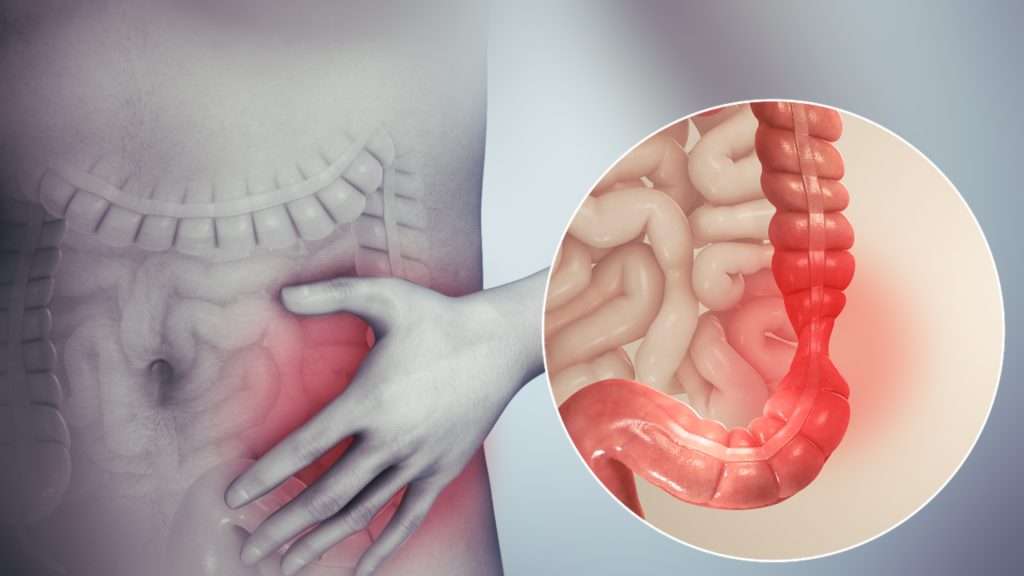 In this post, we’re going to be talking about the signs and symptoms of IBS.

Do you constantly feel bloated, have abdominal pain, and a hard time going to the bathroom?

If so, I’m sorry to say but it is possible that you may have irritable bowel syndrome.

IBS an embarrassing topic for most people. But, it’s important that if you think you might have this condition that you get yourself checked out by your doctor immediately.

The number one sign of Irritable Bowel Syndrome is stomach pain or cramping. These can come in waves at any time during the day or night.

Other symptoms include diarrhea, constipation, bloating after eating certain foods and feeling like food is not digesting properly. These are all common symptoms of IBS.

Before we dive into the video, let’s talk about what IBS really is.

What is Irritable Bowel Syndrome?

Irritable bowel syndrome is a condition that affects the large intestine. It causes pain, swelling, and bloating of the stomach.

The symptoms are usually worse after eating foods with high fiber content or when taking certain medications.

Irritable bowel syndrome may be caused by stress, anxiety, depression, infection in the intestines, or even food sensitivities.

5 Warning Signs And Symptoms Of IBS

You have a sudden change in stool consistency

IBS is a chronic, recurring abdominal pain that can be caused by diarrhea and constipation.

Mixed or alternating bowel movements are most common form of IBS which 20% people experience.

These cases tend to need individualized treatment approach rather than just one-size-fits all recommendations.

The majority of people who suffer from this disorder have chronic abdominal pain. This can make it difficult to feel happy or comfortable in your own skin.

If you start developing these symptoms, be sure to see a doctor so they can diagnose the problem before things get worse!

You experience stomach pain and bloating after eating certain foods

Up to 70% of people with Irritable Bowel Syndrome report that certain foods trigger their symptoms.

These intolerances are not allergies, and the triggering food doesn’t cause measurable differences in digestion.

Some common ones include gas-producing FODMAPs, as well as lactose and gluten, but it’s unclear how these specific triggers actually do so. Coffee can also cause people with IBS to cause diarrhea and bloating.

One thing that helps is keeping a food journal. That way you can determine which foods are best for your IBS and digestion.

Since everyone’s body is different, their body will react differently to certain foods.

Keeping a food journal is a great way to determine what works best for you.

Many people suffer from diarrhea-predominant IBS, which makes up roughly one third of all cases.

This type is characterized by having 12 bowel movements a week on average, which is more than twice the amount for those without this disorder.

It’s also worth noting that some patients experience an accelerated transit in their bowels. This leads to sudden urges to go to the bathroom.

What makes it worse is when they can’t find restrooms nearby or at social events where running off may be embarrassing for them.

IBS can cause constipation as well as diarrhea.

Constipation-predominant IBS is the most common type, affecting nearly 50% of people with IBS. Altered communication between the brain and bowel may speed up or slow down the normal transit time of stool.

When transit time slows, it becomes more difficult to pass your stools due to increased water absorption in your colon!

Constipation is defined by having less than three bowel movements per week.

You pass gas with a lot of discomfort

Altered digestion in IBS leads to more gas production. This can cause bloating, which is uncomfortable.

Many with IBS identify bloating as one of the most persistent and nagging symptoms of the disorder.

In a study that examined 337 people who have been diagnosed with this condition, 83% reported feeling bloated at some point and 64% said it was an ongoing problem for them.

Both of these percentages were higher than those seen among healthy participants.

The data showed that not only did women feel worse overall when compared to men, but they also had significantly greater rates of abdominal pain.

If you constantly feel bloated, have abdominal pain, and have a hard time going to the bathroom, it is possible that you may have irritable bowel syndrome.

IBS is an embarrassing topic for most people but it’s important that if you think you might have this condition that you get yourself checked out by your doctor immediately.

Alternatively, we recommend trying out a probiotic that can help restore your gut health back to a healthy norm.

You can also learn more here about How To Cure IBS Without Drugs.

As always, if you enjoyed this post make sure to comment down below and bookmark this site.

Each week, we post new articles with the latest information in health and wellness.

How Long Can An IBS Flare-Up Last?

Does IBS Cause Hair Loss?

Does Coffee Make You Bloated?

Hair Loss From Stress: What You Need To Know

Please log in again. The login page will open in a new tab. After logging in you can close it and return to this page.