The Best Alcohol For IBS: IBS And Alcohol 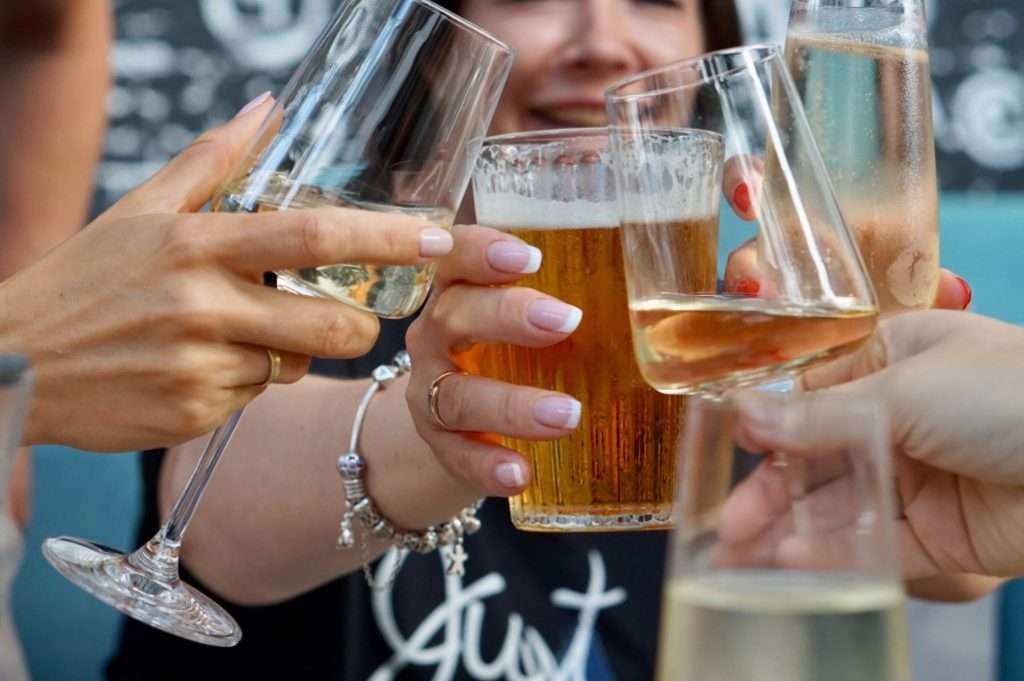 If you’re one of the millions of people who suffer from irritable bowel syndrome, you know that drinking alcohol can be tough.

Many types of alcohol are known to cause stomach pain, bloating, and diarrhea in people with IBS.

So how can IBS and alcohol coexist in your life?

In this blog post, we will discuss the best types of alcohol for people with IBS, as well as how to enjoy your favorite drinks without feeling sick afterward!

Can I Drink Alcohol If I Have IBS?

Yes, you can drink alcohol if you have IBS, but you need to be careful about which drinks you choose.

If this is the case for you, you may want to consider limiting your alcohol intake or avoid alcohol altogether.

Drinking alcohol can affect the way your digestive system absorbs and metabolizes nutrients, which in turn leads to changes in stool consistency.

The effects of alcoholic drinks on IBS symptoms are different for each person, so you need to find out what works best for you!

To start this process, it’s a good idea to keep track of how much alcohol you’re drinking and what types of drinks give you the least amount of pain.

The best way to track gastrointestinal symptoms and how alcohol acts in your body is by using a food and drink journal.

What Is The Best Alcohol For IBS?

The best drinks for people with IBS are liquors, followed by beer and wine.

Spirits such as vodka, whiskey, and rum are generally low in gluten and other triggers like sulfites and histamines.

Gluten free beer made with sorghum is a good choice for people with IBS, as are wines that are organic or low in sulfites.

However, it’s important to note that some people with IBS symptoms still react to these types of alcohol, so you may need to experiment to see what works best for you.

Which Alcohol Is Worse For IBS?

The worst alcohol for people with irritable bowel syndrome is beer.

The gluten in the barley used to make most beers can trigger symptoms, as well as the yeast which may be added during the fermentation process of some brands.

Beer isn’t always the worst alcohol choice though; some IBS sufferers can tolerate small amounts of these drinks without experiencing any gut symptoms at all!

For most people with digestive system challenges, sparkling wine, diet drinks, sweet wine, dessert wines, and many fruit juices should be avoided at all costs.

Which Alcohol Is The Least Inflammatory?

This is because liquor has a high percentage of ethanol, which is a type of sugar that doesn’t cause as much inflammation in the gut as other types of sugars.

Beer and wine are more likely to cause inflammation in people with IBS, mainly due to the gluten, high fructose corn syrup, and sulfites found in these drinks.

Alcoholic drinks can contain a lot of FODMAPs, which are carbohydrates that are hard for people with IBS to digest.

The most common types of alcohol that have high amounts of FODMAPs include beer and wine.

The best low FODMAP diet alcoholic beverages would be liquor including vodka, whiskey, and tequila.

For many people, it can be helpful to work with a dietician or nutritionist on their low FODMAP diet and how alcohol consumption can fit.

Is Whiskey Good For IBS?

Although whiskey is not good for IBS symptoms, for most people it is a much better choice than beer or wine.

Whiskey is a spirit that is generally low in gluten and other triggers like sulfites and histamines.

The best whiskey for people with IBS is a whiskey that’s made from sorghum, which is a gluten-free grain.

Bourbon is another good option because it has less sugar, added flavors, and coloring.

The worst kind of whiskey would be those made with corn syrup or high fructose corn syrup (HFCS).

Which Wines Can I Drink If I Suffer From IBS?

The best wines for people with IBS are organic dry wines that are low in sulfites.

The most inflammatory wines are those that are made with fruit juices, as they contain a high amount of fructose.

For instance, sweet wine like Moscato is not a good choice because of its added sugar and fructose.

Although alcohol is known to cause flare ups in IBS symptoms, there are still some alcoholic drinks that are less inflammatory than others.

We recommend sticking to clear spirits such as vodka or gin, light beers, and dry wines. Mixers should also be avoided where possible.

Finally, remember that everyone’s triggers are different so it’s important to experiment until you find what works for you. Cheers!