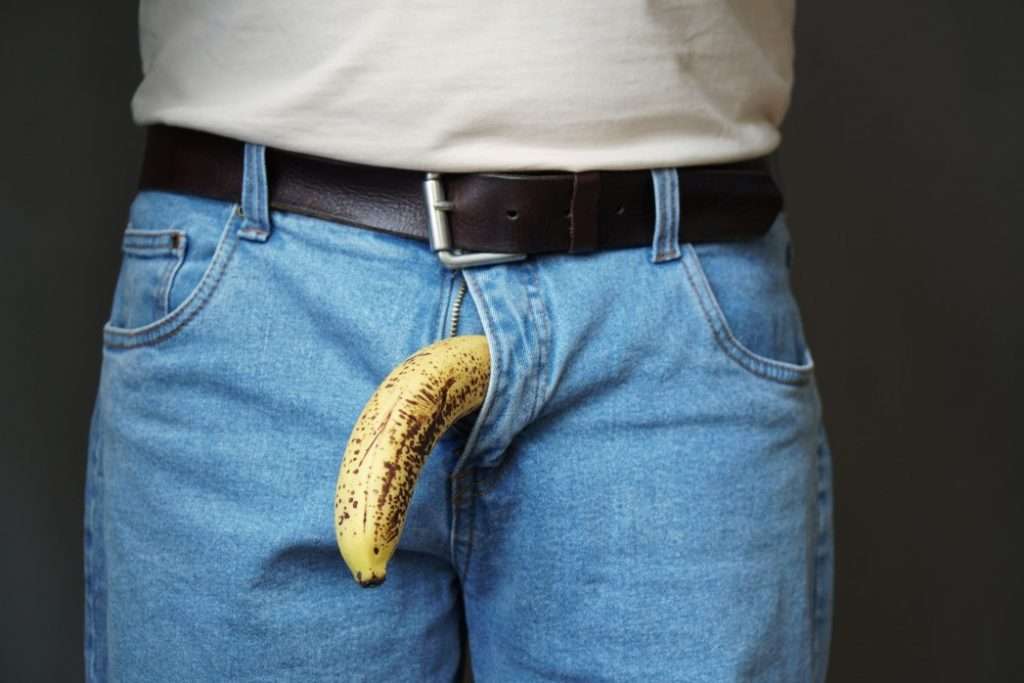 What is the prostate, you ask?

Most men aren’t aware of this walnut-sized organ’s existence until they start experiencing problems with their health.

However, it’s important to know about your prostate as you age. That way you can avoid sexual and health complications associated with an enlarged prostate.

The prostate is a gland in the male reproductive system that causes difficulties with urinating, pain during ejaculating, and erectile dysfunction.

This blog post will cover what the prostate is, how to prevent it from becoming enlarged, and tips for managing prostate issues.

What is the function of the prostate?

The prostate gland is located just below the bladder in men. It surrounds the top portion of the urethra.

The primary function of the prostate is to produce the fluid that nourishes and transports sperm (seminal fluid). It also helps to maintain the fluid that protects and provides a buffer for sperm.

Why do men have a prostate?

The most important function of the prostate is making seminal fluid with sperm cells from the testicles and other fluids to create semen.

The prostate also compresses semen as it leaves the body during an orgasm.

How does the prostate gland affect my health?

The size of your prostate depends on many factors. These include family history, age, lifestyle choices, and testosterone levels.

But if it becomes enlarged or infected over time, then this can cause a number of health problems.

Where is a prostate?

The prostate is a gland that surrounds the urethra, which carries urine and semen from your body.

The prostate can be felt on an exam by pressing up in front of the rectum.

It’s about two-inches long and one-inch wide when unaroused.

During sexual arousal, the prostate swells with blood to become bigger sometimes doubling in size. This increase in volume makes it easier for sperm cells to leave the penis.

What age should you have a prostate exam?

Prostate screenings help doctors find prostate cancer. But, you should take into account the risks and benefits of these exams. Discuss with your doctor whether or not a screening is right for you.

When to see your doctor depends on a variety of different factors, such as if you’re sexually active or not.

The U.S Preventive Services Task Force recommends that men ages 55-69 decide for themselves whether or not they want a prostate-specific antigen screening test.

They recommend against screenings of any kind for those who are at or above the age of 70 years old. Also, they urge all patients to discuss this decision in detail before making up their mind about undergoing an exam.

Who should get a prostate exam?

What are the most impactful lifestyle changes one can make to lower their prostate cancer risk? Well, that answer is far from a straightforward.

At this moment, there’s no conclusive evidence as to what lowers your PSA level and reduces the chance of getting diagnosed with prostate cancer.

That’s why Dr. Freedland, a urologist and director of CIRCL, advises men aged 40+ to have an annual PSA test. He believes this reduces risks for patients who may be unknowingly harboring signs of pre-cancerous cells undetected by physical exam alone.

What age does prostate start to enlarge?

The prostate is a gland in the male reproductive system that doubles during puberty and continues to grow with age.

As it enlarges, the prostate presses against other organs like the urethra. This can cause some serious health problems such as benign prostatic hyperplasia (BPH).

The first phase of growth occurs early on when boys are going through puberty.

Then, there’s another wave around 25 years old where BPH often takes place.

Aging men usually feel pain or discomfort while urinating since an enlarged prostate reduces urinary flow from your bladder outwards.

What are the symptoms of an enlarged prostate?

Symptoms may include difficulty starting the flow of urine, weak or interrupted urination stream, or having to urinate more frequently.

You should also watch for any unusual discharge from your penis as this can indicate an infection like prostatitis.

Other possible signs of a problem could be pain in the lower back, pelvic area, and/or hips and thighs.

These pains often occur due to prolonged sitting, such as straining slightly on the toilet bowl during bowel movements; or, due to ejaculation difficulties such as erectile dysfunction (ED).

Erectile dysfunction occurs when you can’t get enough blood flow into your penis to keep it hard enough for sexual intercourse.

What is the main cause of prostate enlargement?

As men reach middle age, our bodies begin to convert testosterone into dihydrotestosterone, or DHT.

Too much DHT causes harmful effects such as hair loss and prostate enlargement. DHT can attach itself to cells in your prostate.

When white blood cells pour into an area of your body, it causes swelling, or inflammation.

So now the prostate becomes inflamed and swollen.

Because it’s pushing up against your bladder, you feel like you need to pee even when your bladder is empty.

Your new “evening ritual” involves running between your bed and the bathroom, only to dribble out a few drops.

This goes way beyond being an inconvenience because when you’re not getting a full night of sleep, your energy depletes.

You become unfocused and irritable.

Your weak prostate doesn’t produce the male enzymes and hormones it’s supposed to.

Your sex drive and erections suffer, too.

And you’re stuck in a downward spiral where your body lacks the strength to repair itself, so your situation only gets worse.

Yet, there are natural ingredients which have been proven for centuries to destroy DHT, detoxify your system, and supercharge your sex drive.

That’s where prostate supplements like PX7 Primal Flow can help.

Does an enlarged prostate affect a man sexually?

The prostate gland enlarges in men as they age, and can sometimes cause sexual disorders.

Sometimes these types of issues are the sign of cancerous growths which need to be treated by a doctor immediately.

However, other times ED is caused after treatment for prostate cancer has occurred due to residual scarring from surgery.

What is the best treatment for enlarged prostate?

Our recommended treatment for an enlarged prostate is a 5-alpha reductase inhibitor.

This type of medication reduces the size of your prostate gland by blocking hormones that spur its growth, all while saving you from exposure to any harmful side effects.

If you’re looking for a high-quality, natural supplement, we recommend looking at PX7 Primal Flow.

Primal Flow is designed to help men with prostate issues, which is one of the most common and debilitating health problems for men over 40.

Because these ingredients come from the purest locations and are formulated in a state-of-the-art USA lab, they’re easy for the body to absorb.

Imagine these specially selected ingredients entering your system and your body immediately puts them to use.

This is because your body has been craving these nutrients. In almost a fraction of a second, they’re pumping through your system.

Right now you’ve got years or even decades of DHT built up in your prostate.

Every capsule of PX7: Primal Flow contains a rare plant which is known as the #1 enemy of DHT. (According to Medical News Today, Native Americans used it as a “male fertility supplement” for hundreds of years.)

This blend also contains not one, but three Japanese mushrooms. The Reishi mushrooms on their own are a powerful defense against your testosterone converting into DHT.

The other two mushrooms lend extra backup, so that every time you visit the bathroom and release a “fire hose” stream, you’re flushing more DHT out of your body.

During this step, ingredients such as tomato fruit powder go to work, wiping out toxic bacteria that have been clogging your system for years.

You also get the benefits of Cat’s Claw, an anti-inflammatory medicine used by indigenous cultures who live along the Amazon River in South America.

Here’s where two “miracle ingredients” enter the battle: stinging nettle root, a proven “firming agent” for erections, and a berry extract that is legendary for being a natural sex drive booster.

Together, they have the effect of “turning back the clock” on your libido and the firmness and power of your hard ons.

This formula also includes natural green tea and broccoli leaf extracts. These are filled with healing nutrients and target the health of your urine stream and prostate.

These two ingredients form a combination which “powers up” your urine flow, so that you’ll empty your bladder to the last drop.

To boost the health and performance of your entire body, by giving you deeper, more restful sleep, each capsule of PX7: Primal Flow also comes loaded with Vitamin E and Vitamin B6…

Along with Zinc, one of the most powerful minerals for enhancing your sex life, because it promotes natural testosterone production and acts as an aphrodisiac.

In fact, two capsules of PX7: Primal Flow is like eating a platter of zinc-rich seafood, including oysters, every night.

Click here to get 50% OFF your first order of Primal Flow.

If you’re a man, it’s important to know the basics of prostate health.

Prostate cancer is on the rise and can lead to erectile dysfunction or other urinary issues.

Don’t be afraid to talk with your doctor about any concerns you might have and schedule an appointment for regular checkups if necessary.

As we get older our prostates shrink which means that there are fewer fluids in them so they don’t swell up as easily. But, this doesn’t mean that men should stop being proactive about their prostate care.

We hope that this article has been helpful in providing you with a better understanding of the prostate and how to prevent, treat, and manage its symptoms.

If you’re ready to get started in improving your prostate health, make sure to check out PX7 Primal Flow today by clicking here.